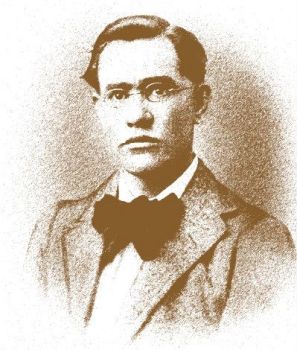 2017 marks the centenary of the death of Francis E. Ledwidge (July 31st 1917), who was a poet, writer, soldier, nationalist and native of Slane in Co. Meath.

Now in print - produced by Excel Print, Navan in the style of 1914,

as if it were actually printed at that time.

Now a 96 page book of PROSE (no poems) detailing the legends and stories of the Boyne Side from the poet's perspective. Ledwidge was in his early days of journalism engaged by the Drogheda Independent to serialise these stories for the paper.

This was November 1913 and the intention was then to create a book of the "Legends". However the series stopped early in 1914 when the poet went off to the Great War.

So the series stopped abruptly on the instalment for Slane - his home village. The book, somewhat printed, but not print finished, lay gathering dust in the storehouse and 60 years later during a clear out found its way to the dreaded "JUMBO BIN" parked in the yard.

Yours truly, on returning from lunch and seeing these brown paper parcels in the skip, opened one of the parcels and pulled out a section of the paper inside.

10 minutes later having viewed the content of the "pull-out", I realised that it was a heritage document of some sort and hurried back to the Jumbo Bin to retrieve as much as possible only to find that the jumbo bin had been picked up and was at least 5 minutes on its way.

Unfortunately, there were no mobile phones those days and so contact could not be made with the driver and so that valuable treasure found its way to the Cement Road Quarry in Drogheda and is now languishing beneath a million tons of rubbish and household waste.

But all was not lost - I had ONE copy - the only copy that exists of a prose book by this famous son of Slane in County Meath, Ireland.

When I moved to Navan in 1980 I brought it with me and we attempted many a time to put the book into print and book form. This was not to be. For everytime we at Excel Print attempted to work on the book we just got extremely busy and had to close the file as often as we tried to work on it.

So along comes 2017 - the Centenary year of the death of Francis Ledwidge - and we decide that we must put this book to bed (technical term). But . . . do we lose the lucky charm that has kept us busy and expanding or do we print and ? ?

Strange as it may seem - we asked for a positive sign. That sign came out of the blue shortly after by way of two e-mails from a source we hardly knew and brought with it 2 valuable pieces of information which pointed the way to push the print button.

And so, 100 years after the death of the poet, Francis Ledwidge, his one and only book of prose - not a poem in sight - hit our printing presses and is NOW, FINALLY, a reality.

We are still busy and expanding and still thank Francis Ledwidge for the amazing good fortune in jobs and growth we are experiencing and for the book, Legends and Stories of the Boyne Side, that he gave us during that lunch-hour when the back gate was closed - for once - the jumbo bin man could not hook up his lorry on time and the book was saved so a future generation could enjoy "Legends and Stories of the Boyne Side".

The book is supported by Meath County Council Community Heritage Grants Scheme 2017 and by the Ledwidge Museum in Slane, Co. Meath.

The book is now available from Excel Print and from various outlets in Meath and by mail order.

The following images are pictures of pages taken from the book, to give you a flavour of the style of writing and content of Legends and Stories of the Boyne Side. 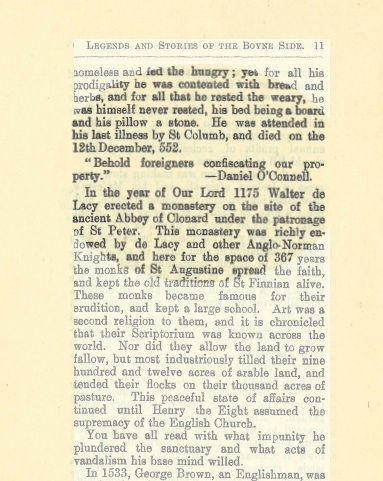 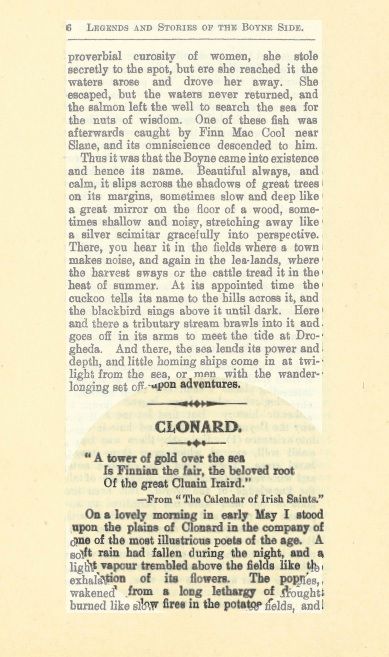 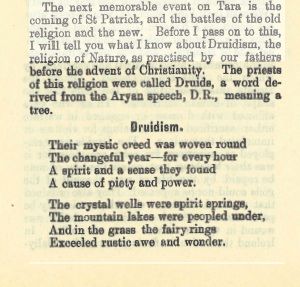